Casting Call in New Orleans for The Purge Season 2 - Louisiana

The show which airs on the USA Network has been renewed for another season and will be premiering this fall. “The Purge” is based on the movie series of the same name and follows a fictional American society which hosts a yearly Purge… A 12 hour period where everything is legal and people can go out and murder those they do not like, or just anyone in general. The show was created by James DeMonaco and the first episode of “The Purge” premiered in September of 2018.

NOLA’s Caballero Casting is casting extras for the project.  The show does film in the New Orleans area and folks in the area are able to submit their information directly to the casting directors in order to be considered for a small, non-speaking, extras role.

During a 12-hour period when all crime — including murder — is legal, a group of seemingly unrelated characters cross paths in a city in an altered America. While the clock winds down, some will fight, some will hide, others will embrace what it means to purge to its fullest extent — whether for revenge, personal gain, protection, or unadulterated glee. As each character is forced to reckon with his or her past and plot how to better their futures, they soon discover how far they will go on Purge Night. First episode date: September 4, 2018 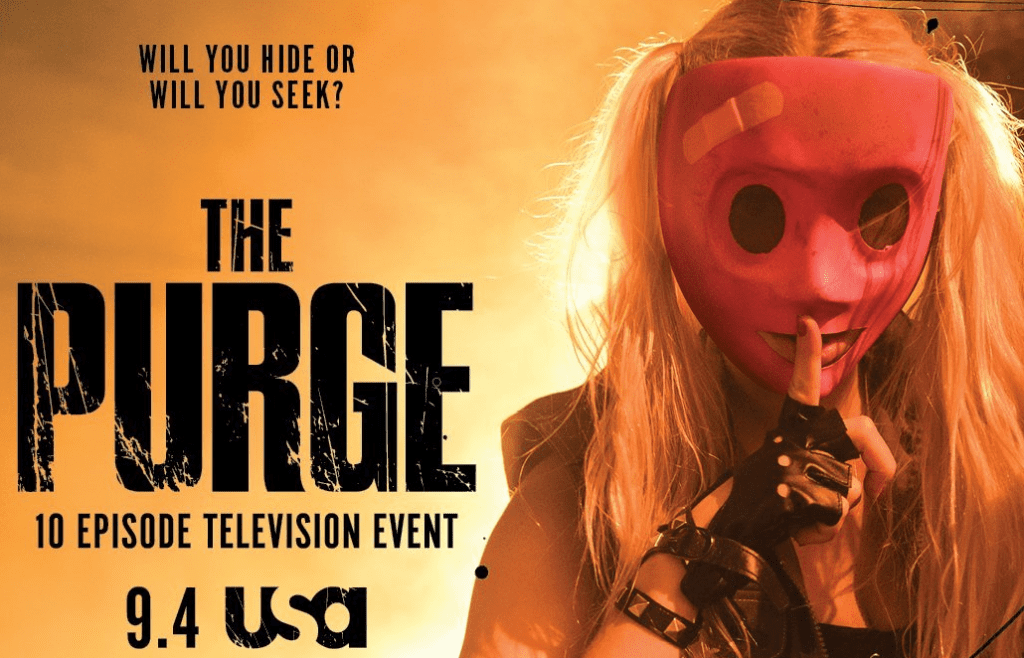 NOW CASTING FOR THE PURGE SEASON 2!

We will have a purge night triage scene in which we will need real life amputees to portray freshly wounded victims getting worked on by the triage unit. You must be okay not wearing prosthetics and receiving special fx makeup on and around your amputation.

FILMING IN NEW ORLEANS ON SEPT 23rd and 24th. You must be full available both dates to be considered for this shoot. We will film day or night, so looking for people with flexible schedules!

email: purge@caballerocasting.com Subject Line: AMPUTEE Include: Name, Age, Contact #, city/state you live in, photos of yourself FULL BODY AND HEAD SHOT Please include a photo from shoulders up close up on face then include a photo FULL BODY showing your amputation. MUST BE OKAY WITH LOTS OF SPECIAL FX MAKEUP AROUND AMPUTATION TO LOOK FRESHLY WOUNDED. YOU WOULD NOT BE WEARING PROSTHETICS ON SET!!!! Must be okay day or night, we do not know currently when this will film. Please send photos showing your amputation without the prosthetic on.