The musical is set in Korea in 2064 where 2 high end robots, that look like humans, meet and embark on a journey together.

Please see the casting notice below for more details.

Prepare a brief contemporary musical theatre song or pop song showing range and facility with straight-tone. Bring sheet music. A piano accompanist will be provided. Bring a photo/resume stapled together.

Note that we are only seeking the roles of Oliver and Claire listed below.

Seoul, Korea, 2064. Oliver and Claire are Helperbots, high-end robots that are nearly identical to humans, designed to alleviate the social isolation of their wealthy owners. Already obsolete, Oliver and Claire now live across the hall from each other in an apartment complex for discarded Helperbots. When a broken charger unexpectedly brings them together, they embark on a journey that challenges what they believe is possible for themselves, relationships, and love. 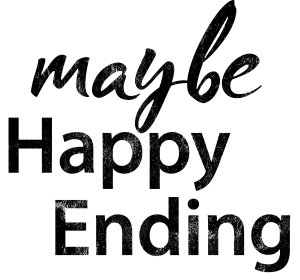 [OLIVER] Male, 20s—30s, Asian. Boyish and innocent appearance. A robot, specifically an obsolete Helperbot 3. Despite appearing very human, his emotional levels and physical movements are a bit less gradated than the Helperbot 5. He loves other forms of outdated technology, like LP players and paper maps and books. Optimistic by design, Oliver has always believed his former owner is eventually going to come pick him up from the discarded Helperbot apartment complex. Baritenor who can sing with clarity and simplicity from A3 up to a strong G4. Facility with straight tone is welcomed, as well as comfort with falsetto or light mix. Great physical control and movement, as well as comic ability. PRINCIPAL

[CLAIRE] Female, 20s—30s, Asian. Girlish and innocent appearance. A robot, specifically a Helperbot 5. As a model 5, she is capable of slightly more nuanced emotional shadings than the 3. Somewhat impatient with less advanced models. Claire has also forsworn any kind of long-term emotional bond, having observed at close range the broken relationship of the couple that owned her. A voice with clarity down to Ab4 and a clean belt or strong mix to Eb5. Most essential is control of mix/head voice up through D5 and facility with straight tone, perhaps erring outside of a traditional musical theatre sound. Great physical control and movement, as well as comic ability. PRINCIPAL 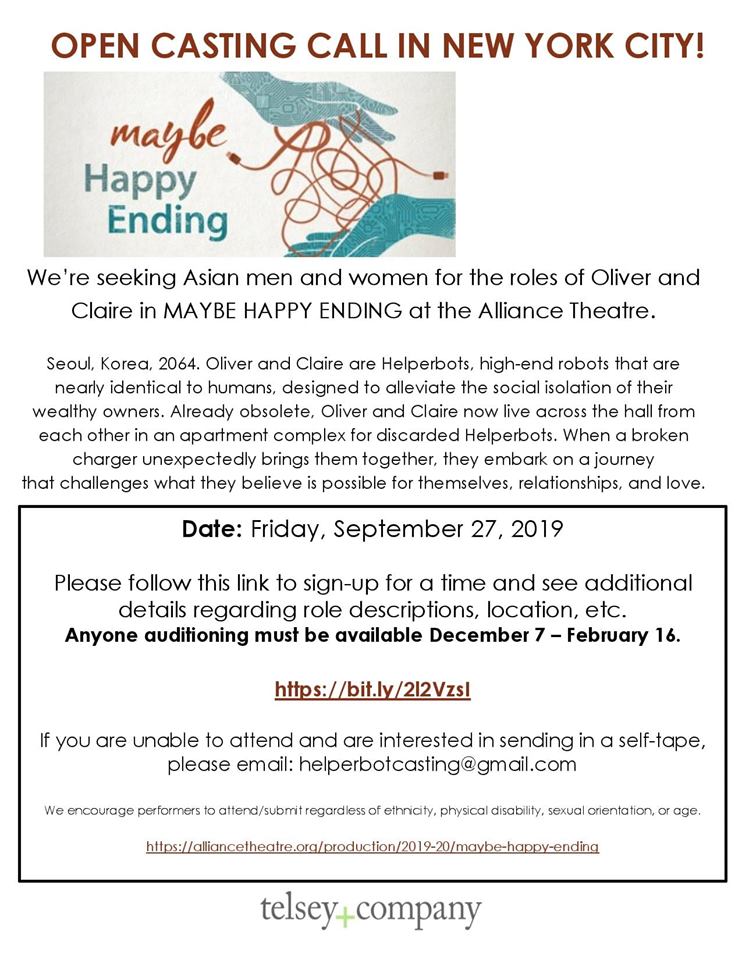